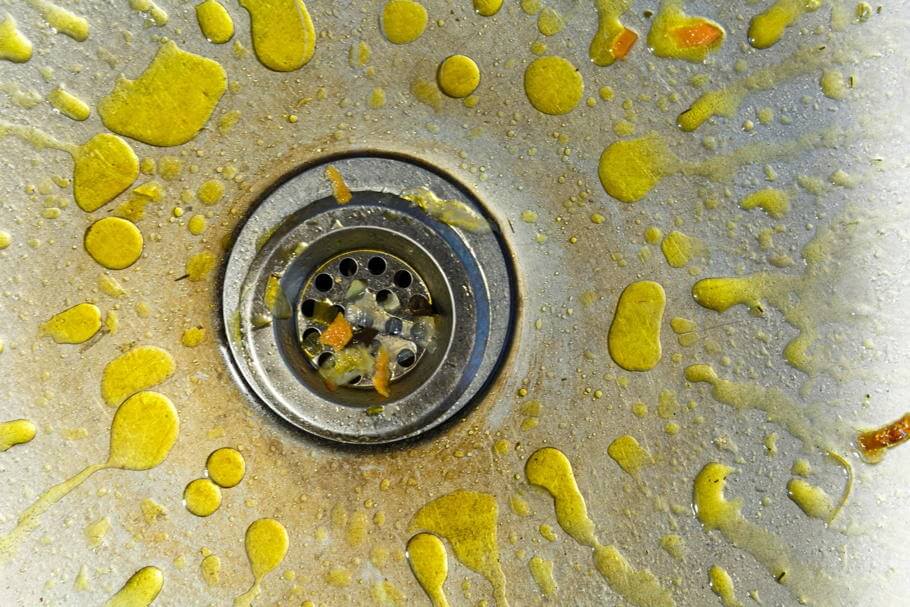 The same way grease is bad for your health, and it’s also bad for your drainpipes. Some people argue that it’s okay to pour grease down the drain provided that you mix it with hot water or soap. Other people claim that liquid oil doesn’t cause blockage in the drainpipes.

However, the truth is that it is dangerous to pour grease down the drain in whatever form. This article will tell you why you should never pour any type of grease down your drainpipes and what to do when grease finds its way to your drainpipes by mistake.

Effects of Pouring Grease Down the Drain

Before you pour your cooking oil down the drain, remember that oil and water do not mix. When the grease cools off in your drain, it solidifies. This transformation happens in just a few seconds before the oil flows out of your drainage system. When it hardens, it serves as a sticky trap for food particles and other debris. Eventually, these particles will clog up your drainpipes and the local sewer line or septic tank.

When your drainpipes are completely blocked, they cause backflow of water, which leads to flooded sinks. The water might also start to seep through the joints in your drainage system as it finds an alternative exit point. If this problem goes on unchecked, the drainpipes will burst, causing flooding in your house. Replacing the broken pipes and other damaged valuables is a costly affair. Even if your pipes don’t erupt, you have to hire a professional plumber to unblock your clogged drainage system.

What to Do When You Accidentally Pour Grease Down the Drain

When you unknowingly pour grease down your drain, you need to take remedial actions immediately to prevent future problems. For instance, you should pour boiling water down the drain to help liquefy the grease. Then run a hot water faucet for several minutes to flush out the liquefied oil. Since the hot water contains surfactant molecules that are likely to cause emulsification of water grease and water, make sure the boiling water is mixed with dish soap to avert this process.

Although this process helps you to flush out grease from your drainage system, it will eventually get stuck in the sewer system or septic tank when it cools off. So, this is just a temporary remedy, but it doesn’t eliminate the problem. So, the only way to avoid grease-related problems is never to pour grease down the drain.